Desperate musicians who are driven to paint
by Michael Johnson
Sep 11th 2018
I know several professional pianists who will admit under pressure that they find their work ultimately unsatisfying. Not because of the crowded marketplace, the dreary practice rooms, the clapped-out pianos or too many exhausting tours. No, they are tired of something more basic — the endless repetition of notes penned by someone else. True artists seek self-expression, artistic adventure. They feel the urge to “own” their work. But written music places strict limits on all but the most marginal departures from notation. Some musicians eventually realize they are mere messengers whose teachers steer them relentlessly back to the page. This may explain why so many pianists and other professional musicians also paint.

Review of Seattle Opera’s “Porgy and Bess”
by James Bash
Sep 7th 2018
With a large cast, full orchestra, and incredible jazz-inflected music, “Porgy and Bess” stands alone as the one American opera that is recognized around the world. Written by George Gershwin and premiered in 1935 on Broadway, it had to wait until mid-1980s to become a standard of the operatic repertoire. The jazz idiom that Gershwin used was surely one of the reasons that “Porgy and Bess” was adopted slowly by the operatic world. But another roadblock was the story, which told about the love between a crippled beggar, Porgy, and a drug-addicted woman, Bess, who live in an impoverished African-American community in the South.

Finding the true essence of the modern Chopin
by Michael Johnson
Sep 5th 2018
Frederic Chopin left detailed markings of tempo, dynamics, phrasing, pedaling, even some fingerings, for his 21 Nocturnes to guide interpreters. Yet no two versions – and there are dozens of them -- are anything like the same. The essence of playing Chopin today is deciding how far to veer, how sharply to swerve, from the master’s ideas today without losing sight of his artistic intentions. The player must ask, “When does Chopin cease to be Chopin?” Now comes the rising French pianist François Dumont with a stunning new version that sets him apart (Aevea Classics). PICTURE: Dumont by Johnson.

Princeton invests in monster Steinway purchase
by Michael Johnson
Sep 5th 2018
Princeton University in the United States is best known for its big thinkers, top scientists and heavyweight historians but now is embarking on a determined effort to make a splash in the arts. Princeton’s new Lewis Center of the Arts is going about it in the most American manner, with millions of dollars upfront investment and a business plan to attract young talent into its music program. Nothing is left to chance. This fall, a new crop of music students have full access to 48 freshly minted Steinway pianos, a large enough stock to attract global attention among pianophiles.

San Francisco Opera - Rheingold, Die Walküre, Siegfried and Götterdämmerung
by James Bash
Jul 19th 2018
San Francisco Opera’s revival of its Ring Cycle got off to a rousing start with a top notch performance of “Das Rheingold” at the War Memorial Opera House on June12. The production featured outstanding performances from top to bottom by an exceptional cast and new video projections that were even better than the ones used back in 2011.......

The passion and the beauty: why Easter music will send a shiver up your spine
by Thomas Breeze
Mar 31st 2018 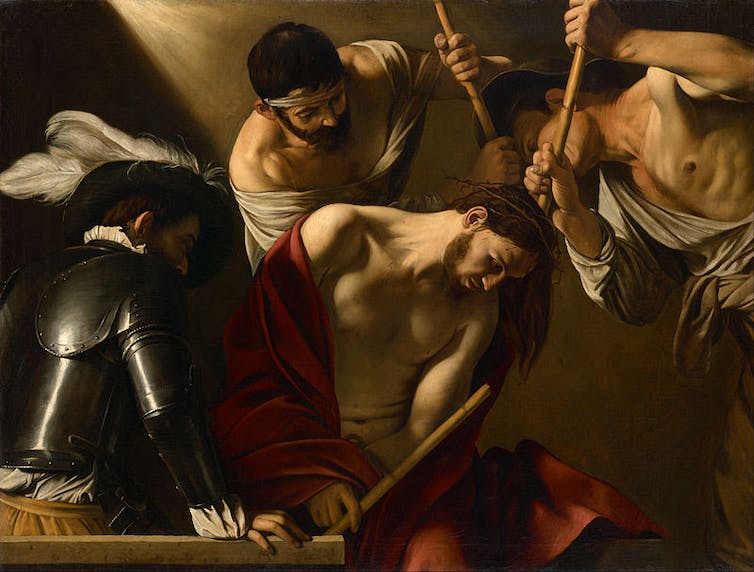 Johann Sebastian Bach’s B Minor Mass, performed at Symphony Hall on Friday (March 23) and again on Sunday (March 25), was delivered in impressive Baroque style by the Handel+Haydn Society orchestra and chorus.

Naboré does Brahms: ‘Landscapes of the heart and soul’
by Michael Johnson
Mar 15th 2018

The Brahms Scherzo Op. 4 opens with a delicate and playful theme, then carries us along on waves of emotion swinging from the filigree, to the lyrical, the thunderous, and back to the delicate.

Perhaps enough time has passed since the death of the famous French pedagogue Nadia Boulanger to step back and question her musical sainthood. After all, she was only human.

‘Heresy’: an Irish opera that celebrates a martyr to the truth - An interview with director and composer
by Michael Johnson
Feb 21st 2018

A new “electronic opera” from Ireland, “Heresy”, broke new ground in contemporary opera a couple of years ago, bringing together Irish vocal talent and the synthesized music of much-decorated composer Roger Doyle.

Pianist Ran Jia: The next superstar rising out of China?
by Michael Johnson
Feb 4th 2018

Elegant, poised and deeply musical Ran Jia has brought a new freshness to the Franz Schubert piano sonatas, a phenomenal achievement considering how often they have been performed by the greatest pianists of the past 75 years.

American expat pianist David Lively found happiness in Paris as a teen-aged piano prodigy and got so busy performing and studying  -- with an Alfred  Cortot associate -- that he ended up making his life in France, a different planet culturally, he says, compared to that of his native land.

When young French pianist François Dumont appeared at the Salle Gaveau in Paris recently, the critics embraced him without reserve. One wrote that his recital confirmed his place in the family of the best musicians in France.

Nearly two hours of Debussys solo piano music at one sitting can be, for some, too much impressionistic color to digest. And indeed a woman beside me fell asleep during the twelve Préludes, Book One.

If I were to help a new listener grapple with Charles Ivess Piano Sonata No. 2, Concord, Mass., 1840-1860, I would share my story of first seeing the scores opening page.

The Liszt Sonata in B Minor: At the Temple Door
by Jack Kohl
Nov 29th 2017

Piano practice is like having a dog. If one has lived long enough with such an unnecessary but at the same time critical circumstance, one wonders how others live without it.

In the world of classical music trios, there are few combinations as natural as the cello, guitar and piano. Operating mostly in the same register, attacking and retreating equally, the instruments can blend beautifully if played with discipline and heart.

A California polymath has electrified the music world with his images of classical music in visual form, capturing more than 165 million hits on his Internet postings in just a few years.  Only pop singers or weird videos do better.

Ukrainian-born Evgeny Ukhanov, based in Australia for the past 20 years, is an established performer of new music originating in his adopted homeland. Now he has teamed up with friend and Melbourne composer Alan Griffiths on a new CD of selections regrouped under the title “Introspection”.

by Michael Johnson
by Michael Levin
by Glen Roven